As legend has it—which, like all legends, ranks somewhere between a lie and an untruth—as legend has it, this was one of the first houses built in the Laurel Canyon area, and the man who built it in the 20s would fly his biplane o’er and pelt the lazy workers with tomatoes. Until he crashed the plane into the half-finished house.

By 1947, 8444 had entered into the aforementioned contretemps with Madge and Gianaclis. 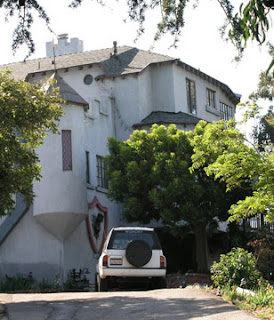 (The castle motif is not original to the house, but was added after Northridge.) 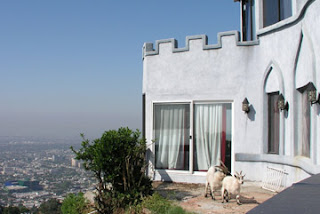 You can see why they’d fight over the thing, the views being pretty spectacular.

Although we should assume goats were not involved at that time. And then there’s Madge herself. Sure, she comes off as no stranger to unsavory characters. But… the story continues, involving as it does Earl Warren, the California Assembly, and that little slice of heaven we call Tehachapi… but I’ll let another illuminate that. 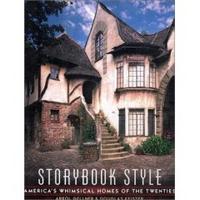 suggested reading: Storybook Style: America's Whimsical Homes of the Twenties
Posted by Nathan at 6:09 AM