Superior Judge Allen W. Ashburn ruled today that Marjorie Lane Donlevy's February divorce from actor Brian was no longer valid, despite Mr. Donlevy's assertion that he had not encouraged Marjorie's infidelity with a blue-blooded New Yorker.

He denied that he had entrapped his estranged wife, who was discovered in a hotel bed with 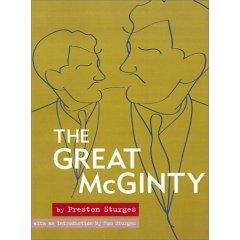 James Hannan on December 15 by Donlevy and four witnesses. Further, Donlevy refutes claims by William M. Cameron and his sister-in-law Mal Simpson that he kept one hand in his pocket to suggest the presence of a firearm during a drunken visit to their home at 1239 S. Beverly Glen Dr. last New Year's Eve.

Donlevy estimates the couple's marital property as $200,000 at the time of her fling with Hannan, and claims he has already given Marjorie $100,000 as a settlement. Tell it to the judge, McGinty!

Our imaginative entrepreneurs and their inventive spelling.....

An amazingly effectual treatment for all sufferers of even advanced cases. Pleasant to use and quick-acting—startling results when used just 4 or 5 days according to instructions.

Make this luxurious afghan on an
EZ-DUZ-IT LOOM $1
Imagine making a heavy, rich-looking afghan like this in only 12 to 15 hours on a speedy EZ-DUZ-IT loom. It’s fast…it’s simple … and it’s fun to make your Christmas gifts.

It’s easy to dress up your home with
HEAVY KOTE

Heavy Kote is a genuine Oil paint—not a water coating. Easy to use—no tedious removal of old paint or paper, no prime coat. You apply with brush or roller—no spatter, no brush marks. Dries quickly to a soft, colorful, washable finish. Choice of 8 beautiful pastels.

May 25, 1947
KARKOTE
The Insul-Mastic Corp. of American, manufacturers of Karkote, a Gilsonite underbody coating for automobiles widely used as a sound deadener, rust preventive and insulator, has established headquarters and warehouse facilities at 164 S. Central Ave.

Sept. 28, 1947
New, Translucent
TRUBYTE TEETH
New and different, these teeth are shaded to match your complexion and shaped to match the contour of your facial features. They add to the Natural Appearance of the Dental Plate.

And although “Trubyte Teeth” is pretty wonderful, my personal favorite so far is:

It comes in COLORS
To match YOUR car

Hey, Nathan…. How about a little LYK-NU for the Packard?