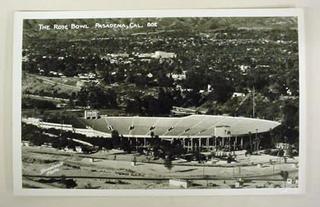 Two Pasadena men died tonight when the truck in which they were driving skidded sixty feet, crashed through a guard rail, and plunged 300 feet down the Devil’s Gate Dam bridge near the Rose Bowl.

Driver Ernest Jimenez, 28, of 1993 Linda Rosa Ave. and George Talbot, 32, of 1143 Mentone St. were both dead by the time Ambulance Surgeon Charles A. Wagner and Driver Jack Bradley climbed down to attend them. Firemen cut the victims from the truck cab with torches, and the bodies were lifted to the road in wire baskets.

With the death of motorcyclist David Paul Benjamin, 23, of 1513 N. Western Ave., injured April 6 in a collision with a car at Barham Blvd. and Blair Dr., L.A. County’s traffic fatality count stands at 394 for the year.
Posted by Kim at 10:58 PM

Dr. Popenoe, director of the American Institute of Family Relations, told the University of Cincinnati Social Hygiene Institute that college graduates, particularly women, are making a bad showing in marriage.

“From one-fourth to one-third or even one-half of the women who graduate from college fail to marry,” he disclosed. “Among those who do marry, the divorce rate is four times as high as that of college graduate men.”

Dr. Popenoe explained that women are taught that no woman can be as good a man as a man is.

“This type of education turns out women who are dissatisfied with themselves and often regret that they are women,” he continued. “Women’s education will be satisfactory from this point of view only when women are as glad to be women … as men are glad to be men. Few colleges are now trying to give women this attitude.”

Meet Paul Popenoe, who appears in hundreds of stories in The Times (including 11 in 1947), often as the elder statesman of family counseling in Los Angeles in later years. Among other things he said in 1947 was that childless couples were far more like to divorce than married couples and therefore recommended having children to preserve families, the more, the better. He also noted that people who were married by a justice of the peace were only half as likely to stay married as those married by a minister. At a presentation featuring Mills College President Lynn T. White Jr. on how “Colleges Can Help Reduce the Divorce Rate,” Popenoe said: “Too much feminine domination during a boy’s formative years leaves him unprepared and inadequate to face the man’s world, including marriage.”

But the most fascinating part of Popenoe’s life is his early work in the 1920s for the Human Betterment Foundation of Pasadena. An ardent eugenicist, Popenoe advocated the sterilization of sex offenders, the mentally retarded and other unfit human beings (a philosophy endorsed in The Times’ editorials). His book, “Sterilization for Human Betterment: A Summary of Results of 6,000 Operations in California, 1909-1929,” written with financier E.S. Gosney, found an extremely receptive audience among those setting up the Nazi regime.

Popenoe apparently adhered to these eugenics beliefs later in life. In 1968 he wrote to The Times:

A psychiatrist’s recent suggestion that the Scandinavian countries are peaceful because they have “sexual freedom” certainly does not square with the age-long and notorious sexual aggressiveness of men at war. Three-quarters of a century ago, sociologist Thorsten Veblen suggested a more reasonable explanation. For a thousand years, he noted, the Norsemen roamed the seas bent on war, or invaded other countries. Many were killed, many others settled permanently abroad.

Thus year by year the North was drained of its most aggressive and belligerent men, while the remaining population was made up in larger and larger proportions of those with less aggressiveness. The present population of the Scandinavian countries is descended from persons who had a minimum of inherent belligerent aggressiveness.

For those interested in the Human Betterment Foundation, I would recommend Mike Anton’s July 16, 2003, Times article. The foundation’s papers are in special collections at Caltech in Pasadena.