Film costumer Vera West died in her swimming pool at 5119 Bluebell Ave. over the weekend. She suffered from marital difficulties, but the blackmail to which she alluded in her suicide note was, according to husband Jack C. West, a figment of her imagination. Mr. West claims he was staying at the Beverly Hills Hotel when his wife took her unfortunate dip, following a bad argument, and in anticipation of Mrs. West’s consultation with a divorce attorney.

Assistant county autopsy surgeon Dr. Marvin Goodwin’s initial report was of asphyxia, probably due to drowning, but Dr. Frederick Newbarr, his superior, is refusing to sign a death certificate until additional tests are performed. 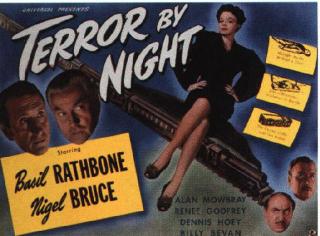 Music Critic
Selected for
‘The Times’

The Times today announces the appointment of its new music critic, Albert Goldberg, for the past four years a music critic for the Chicago Tribune. He begins his duties here tomorrow.

Thus began a career that endured past his retirement in 1965—making way for Martin Bernheimer—until shortly before his death in 1990 at the age of 91. Goldberg was The Times’ first full-time classical music critic.

He came with excellent credentials in performing and writing: a pianist and piano teacher who had studied conducting under Frederick Stock of the Chicago Symphony Orchestra and was co-conductor, with Izler Solomon, of the Illinois Symphony. In addition to the Tribune, Goldberg wrote for Musical America and Musical Digest, among other publications.

Because I’m not familiar with him or his work, it was interesting to put Goldberg through his paces on milestones in music to see if there was anything worthy of Nicholas Slonimsky’s “The Lexicon of Musical Invective” and was happily stunned to see his positive, accepting remarks of a performance of excerpts from Alban Berg’s “Wozzeck” at the Hollywood Bowl in 1949, 18 years after its U.S. premiere in Philadelphia under Stokowski.

He gave a glowing review to the “Symphony of a Thousand” under Ormandy at the Hollywood Bowl in 1948 long before Gustav Mahler’s works entered the mainstream repertoire, wrote positively about the music of Bartok (the “Concerto for Orchestra” and string quartets) in 1949, and described Pierre Boulez’s “Polyphony X” as “bad Schoenberg.” Of a 1962 performance by John Cage, Conlon Nancarrow and Merce Cunningham, he wrote of the choreography: “None of it was particularly new or original and if there was any esoteric significance it was way over our head.”

He added: “The music was by Mr. Cage; since he has most recently become an apostle of silence, there were long and grateful periods where there was no sound at all. At other times he and Mr. [David] Tudor banged the pianos distressingly, sometimes au naturel and sometimes augmented by squeaks and groans through loudspeakers. At least the piece (“Aeon”) was aptly titled; it went on for only half an hour but it seemed like an aeon.”

If his writing was engaging and his tastes were perceptive, Goldberg wasn’t shy about admitting he was bewildered by the late works of Arnold Schoenberg and unafraid of taking on another hometown composer: Igor Stravinsky. He quarreled famously with Stravinsky in 1962 over a 1961 review of “The Rake’s Progress” by USC Opera Theater: “Never was an opera less theatrical or more undramatic” and he called the music “deadly dull.”

Upon his death in 1990, Bernheimer wrote: “He could remember Kreisler but was curious about Anne Sophie Mutter. He grew up with Toscanini and, formatively, with Frederick Stock, but wanted to know all about Esa-Pekka Salonen. He recalled Paderewski and worshipped Horowitz, but mustered great interest in Jean-Yves Thibaudet.”

“In the distant past, when the extramusical powers at The Times attacked Georg Solti—then the beleaguered and short-lived music director of the Los Angeles Philharmonic—Albert refused to toe the line. He kept his integrity.”

Goldberg wrote of his fight with the composer of “Petrouchka” and “Rite of Spring:: “While the author of this column entertains no illusions of grandeur, it is barely possible that his chances for fame are increased by the receipt of a letter signed by Igor Stravinsky and addressed to the music editor of The Times. Depending, of course, on what time does for Mr. Stravinsky.”