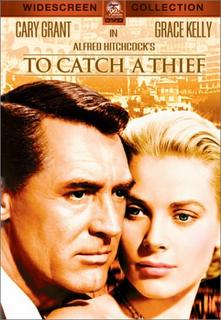 In a daring, dawn-time raid, a dashing cat burglar entered the exclusive Sunset Tower apartment house at 8358 Sunset Boulevard and stole cash and jewelry from the homes of two motion picture executives while they and their wives slept.

Gladys Burroughs, wife of George Burroughs, vice-president and treasurer of Monogram Pictures, was relieved of two diamond rings valued at $3000 and $1200 and about $75 in cash. Mrs. Burroughs woke up while the thief, whom she described as tall, swarthy and dark-haired, was riffling her dressing table. When he saw her sitting up in bed, too terrified to scream, he fled before he could find her box of really good stuff.

Also victimized was Emanuel Waxberg of RKO, who lost $121 in cash.

It appears the burglar entered through a jimmied patio door leading into the boiler room, took the stairs to the 8th floor, and gained access to the Waxberg and Burroughs apartments through unlocked kitchen doors.

Suggested reading: Memoir of a Retired Cat Burglar
Suggested viewing: To Catch a Thief
Posted by Kim at 9:49 AM

Someone found them shot to death on the floor of the Portal Motel at 2775 N. Cahuenga: two men completely clothed except for their shoes, each with a bullet in the head and another in the stomach. The pistols, one of them a Japanese Nambu war trophy, were also recovered—each had been fired twice.

Their cars were in the parking lot. One was registered to 25-year-old Robert Haskell Blum, 4671 Pickford St. The other belonged to 27-year-old John Darold Sever, 539 Ruberta Ave., Glendale. Maps show that the Portal Motel is about midway between the two homes on the main highway between Los Angeles and the San Fernando Valley.

The Times remains silent on the case after its three-paragraph story, which says police aren’t sure whether it was a murder-suicide or double suicide. Services were held for Blum on Aug. 13, 1947, at Pierce Bros. Mortuary 720 W. Washington, and public records show he had an older brother, John Henry Blum, who died Jan. 3, 1998 in Rosemead. There was no such announcement for Sever and public records show no relatives.

Less than a year later, the motel clerk was held up by three men on the night they staged a home-invasion robbery in the Hollywood Hills. The men forced the clerk to take them to the owner and beat him when he said he didn’t have any money. Otherwise, The Times never reported any other crime at the hotel.