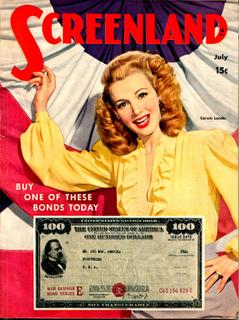 After several days fruitless “searching,” Robert F. Mehaffey, 37-year-old ex-con, finally stopped lying to Sheriff James Stocker when the latter told him that they were going to walk through the desert sands until they found Lewis D. Edds’ body.

Edds was the 65-year-old amateur prospector who vanished in April while on a vacation from his work as a steel plant guard. He was last seen in the company of a younger man. War Bonds belonging to Edds were later tracked from San Francisco to Texas and thence to Mehaffey, a hitchhiker whom the elderly man had befriended.

Following the Sheriff’s threat, Mehaffey replied “That won’t be necessary” and led him straight to a set of dessicated remains, located stuffed in a drain pipe just off the Lancaster-Palmdale Highway, two miles south of Victorville. This was 55 miles from the last spot Mehaffey had suggested.

Larry said...
This comment has been removed by a blog administrator.
11:08 PM

His favorite verses and anecdotes of his life were recited yesterday as old friends and admirers made their third annual pilgrimage to the grave of John Steven McGroarty, late poet laureate, playwright and Times columnist, at Calvary Cemetery.

The program, held before the poet’s simple headstone beneath the largest oak in the cemetery, was sponsored by the Eire Four Province Club with Thomas R. Lynch, club president, acting as chairman.

Harrison Gray Otis offered McGroarty a job at The Times after receiving his poem on the death of Friedrich Alfred Krupp in 1902:

Dead! And the belching thunder
of the guns, on sea and shore,
Tho’ they rive the world asunder,
Can break on his ears no more.

Forth from his hands he sent them
Wherever men met as foes;
And, wherever strong hands unbent them,
The cry of the wounded rose.

In 1911, McGroarty wrote “The Mission Play,” a drama based on the life of Junipero Serra, after seeing the old Spanish missions used as stables and granaries, at the suggestion of Frank Miller of Riverside’s Mission Inn. (Carey McWilliams’s “Southern California: An Island on the Land” lists him among Southern California’s favorite troubadours in helping to magically improvise its own past).

Turgid is the word for McGroarty’s verse. Consider a sample from his poem on the first anniversary of the San Francisco earthquake:

One grim hour more and then unbent
The battle guns of hell,
And from the hills the veil was rent
Where white the sea fogs fell.

Dead failed the morning wind that fills
The galleon’s eager sail,
While yet the city’s tumbling hills
Were rocked as in a gale.

Steeple and tower and stately mart,
Shrine and the lair of lust,
Like toppling cards were flung apart
And crumbled in the dust.

McGroarty became California’s poet laureate in 1933. He was elected to Congress the next year as a New Deal Democrat, but in 1938 retired from public office to his home, Rancho Chupa Rosa, 7570 McGroarty Terrace. He ran for California secretary of state but was defeated in the primary.

He died in 1944, at the age of 81, having contributed to The Times until the last two years of his life.

Of his poems, McGroarty’s favorite was “Just California”


’Twixt the seas and the deserts,
’Twixt the wastes and the waves,
Between the sands of buried lands
And ocean’s coral caves,
It lies not East nor West,
But like a scroll unfurled,
Where the hand of God hath flung it,
Down the middle of the world….

Sun and dews that kiss it,
Balmy winds that blow,
The stars in clustered diadems
Upon its peaks of snow;
The mighty mountains o’er it,
Below, the white seas swirled—
Just California, stretching down
The middle of the world.

His home lives on as the McGroarty Arts Center.