He was kind to dogs 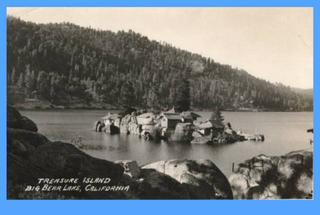 When traffic officers busted 14-year-old Leonard Kiter of 521 S. Muscatel Avenue, San Gabriel last night for jumping a signal on his motor scooter at Five Points in El Monte, they opened up a hornet’s nest. For it seems young Leonard was carrying the wallet of his grandfather William, and could give police and his father Leland no explanation for it.

Leland was concerned, and went with officers to the campsite near Big Bear where the 70-year-old was staying (in town, he lived at 2511 Las Flores Ave., Alhambra). There they found William Kiter, dead from axe wounds, laying on a cot.

The boy initially denied knowledge of his grandfather’s death, but soon confessed to killing him. They had spent the morning fishing, and the old man was mad about a lost anchor and anchor rope. Before that, there were fights over William’s refusal to rent horses and motorbikes for Leonard. So when William went to take a nap, Leonard crept up and whacked him.

Suddenly helpful, Leonard showed police where he hid both parts of the axe, about a quarter mile away from the camp site, in two places. And he told them how before the killing, he’d carefully placed a blanket over his little dog to spare the creature the terrible sight.*

suggested reading: Without Conscience: The Disturbing World of the Psychopaths Among Us by Robert D. Hare

[* a note from 2005: Leonard was charged with murder the next day, and not a single mention of the boy or his crime ever again appeared in the pages of the L.A. Times.]
Posted by Kim at 6:25 PM

Whatever you say about the Kiters, they must have been a fun bunch. While nothing else appears in The Times about Leonard, a little detective work shows that he apparently had three siblings: An older sister, Naomi, born in 1931; a younger sister, Leelma Rose, born in 1938; and a brother, Leland, born in 1939.

In February 1958, Mrs. “LeElma” Rose Davis, 19, of 5135 Muscatel St. in San Gabriel was arrested—along with her husband, Donald, and three others—on charges of kidnapping and robbery in the holdup of a market in Bishop, Calif.

Police said Leelma and her companion, Ruby Anzalone, knocked at the door of store manager’s home and asked to use the telephone. When he opened the door, the men rushed in, with one holding a gun on the manager’s wife while the other four drove the manager to the store. The men were arrested when a police officer noticed the robbery in progress, although the women escaped and were arrested later. Authorities suspected the group in a similar robbery of a market in West Covina the month before.