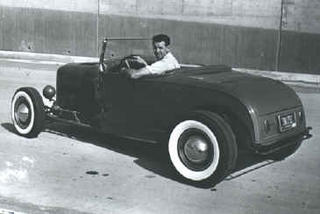 Compton Justice Court Justice Harry R. Simon spent this afternoon lecturing twenty fidgety, t-shirt and jeans-clad youngsters on how very, very, very naughty it was that they had turned a local street into a hot rod race track last July 8. All were caught when local police blockaded the street and snared the drivers.

Fines ranging from $2 to $5 were levied on 9 of the boys, and all were charged for having defective gear on their cars, with a requirement that they produce evidence of repair. “If we catch you racing your hot rods in Compton again,” said Justice Simon,” I am going to throw you all in jail. You had better behave yourselves, because we’re not going to have that kind of driving in this town.” 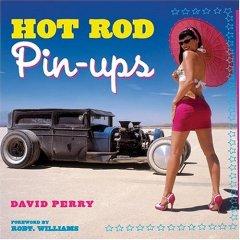 In the months proceeding the shoot, Hopper is full of news about the casting: At one point, Anges Moorehead is to play Lady Macbeth (Jeanette Nolan finally gets the part). He wants Geraldine Fitzgerald. One Welles discovery, John Dierkes, a 6-foot-4 technical advisor on the film “Assigned to the Treasury” (released as “To The Ends of the Earth”) is on leave from the U.S. Treasury Department to play Ross. George Chirello, Welles’ 4-foot-8 valet, is cast as Seyton, and Welles’ daughter Christopher gets a part.

And he’s rewriting Shakespeare, Hopper says, so Lady Macbeth and Lady Macduff can have scenes together. Welles has eliminated the witches’ names, calling them “The Three,” and introduces “The Friar” (Alan Napier) who represents the powers of good.

The papers give the filming generous coverage, treating it like a dance marathon or flagpole sitting contest. The Times’ Philip K. Scheuer writes: “Last Monday, when I arrived, Macbeth sat on a simple throne on a simple dais behind which hung a single banner and plotted the murder of Banquo. The camera, shooting past Lady Macbeth, was almost at floor level.

“Sometimes Welles spoke the lines himself and sometimes mimed them to a playback. Meanwhile, far across the stage, ‘another’ Macbeth—a double—was engaged in a whacking broadsword duet with Macduff atop a parapet. Welles must have been watching it out of the corner of his eye; suddenly calling ‘Cut!’ to his own cameraman, he roared across to the ‘second unit’—‘What happened with the torches? Why didn’t the torches move?’

“They told me it goes on like this all the time—a two, three and even four-ring circus, for all the world like the bedlam of silent movie making, burlesqued in ‘The Perils of Pauline.’ Orson is going to beat that deadline—or else.”

Toward the end of shooting, Hopper writes: “I found 600 extras dressed in heavy armor and carrying banners on a closed sound stage during one of the hottest days of the year. There was Orson, with his shirttail tied around his waist to give himself a bare midriff, having the time of his life and grinning like a monkey.

“Roddy McDowall, who was leading the brigade on horseback, couldn’t get his nag started despite swift kicks in the ribs.” When Alan Napier had the same trouble Welles told him to switch horses (so much for continuity).

“ ‘It’s only a B picture,’ Welles said. ‘I wonder how they ever make westerns!’ A cowboy standing by replied ‘You’ll find out if this picture flops.’

“When the column stopped in front of the camera for a close-up, the priest, who was supposedly quoting Shakespeare, mumbled: ‘I don’t know any Shakespeare.’ Welles said: ‘Just keep talking. We’ll dub your line in later.’ ”

Perhaps from this experience, Welles was extremely superstitious about what he insisted on calling “The Scottish Play” and had an elaborate ritual for dispelling bad luck that came with saying the name.

With the filming finished, Welles set off for Rome in December 1947 to edit “Macbeth” while he worked another movie. Which one? It’s to tell. The newspapers are full of Welles making a movie of “Cyrano” or “Around the World in 80 Days” or “My Dear Secretary.” (One thing about “movie talk,” is that it hasn’t changed in 58 years).

And as busy as he was, in late November 1948, he somehow found time to make scenes in a movie being shot in Vienna. It’s nasty work, says co-star Joe Cotten. “Most of our work is done at night, in the sewers,” Cotten says.

In the film, Welles delivers one of his most famous lines: “In Italy for 30 years under the Borgias they had warfare, terror, murder and bloodshed, but they produced Michelangelo, Leonardo da Vinci, and the Renaissance. In Switzerland they had brotherly love—they had 500 years of democracy and peace, and what did that produce? The cuckoo clock."