Take one blonde "freelance actress" (Mildred Jenkins, aka The Bride)
Add one Alameda County rancher (A. Q. Bonnet, Jr., The Groom)
Marry them in Las Vegas 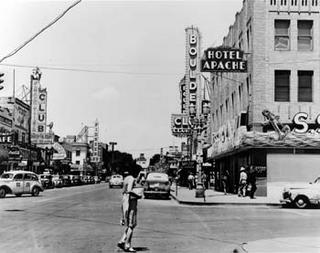 Immediately after their wedding breakfast, have the groom take the bride and her female roommate to a gambling house, where he loses all his money and repeatedly demands that his new missus stake him, because what’s hers is his now. When she refuses, have him tell her that she takes the marriage too seriously, and that to him it’s just a good gag. Then have him drive back to the bride’s apartment at 145 S. Reeves Drive, Beverly Hills, where he leaves Mrs. Bonnet and her roommate, Jane Adrian, never to return.

Superior Court Judge J.A. Smith said that was as a fine example of an annullable marriage as he'd lately heard, and granted the request.
Posted by Kim at 9:38 PM